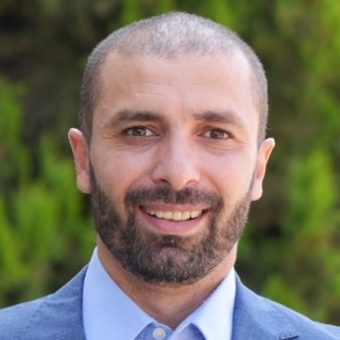 Emad lectures in Old Testament and Islamic Studies at ABTS (Lebanon). He earned his PhD in 2020 from McMaster College (Canada). Raised in Egypt, he met his wife, who is from Iraq, when he traveled to study at ABTS. Now, his research and teaching at ABTS contextualize the Old Testament for the Middle East today. In particular, he analyzes how the Book of Jonah can be a resource for new believers. 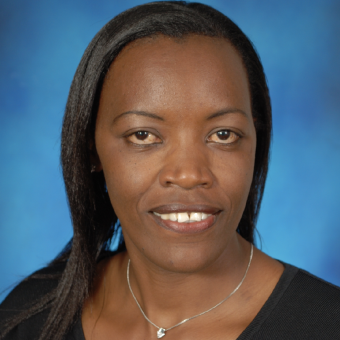 Wanjiru earned her PhD in Intercultural Studies from Africa International University (Kenya). She is a rising scholar of Global Christianity, with more than fifteen years' experience studying megachurches. She has taught at Africa International University, Asbury Theological Seminary (USA), Fuller Theological Seminary (USA), and St. Thomas University (USA). Her book, "Megachurch Christianity Reconsidered," won Christianity Today's 2019 Book of the Year Award for Missions/Global Church Building. She also co-authored "The Kingdom of God in Africa: A History of African Christianity" with Mark Shaw (2020). Across all her teaching, research, and writing, Wanjiru illuminates why megachurches are growing so quickly in the Majority World by paying careful attention to contextual factors and the Spirit's work. 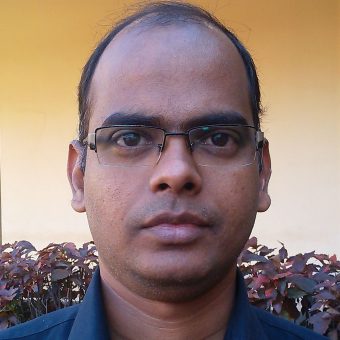 David was born to Hindu parents, but when they divorced, he was sent to live with a Christian aunt. Now, as an Indian Christian theologian, David's teaching and research proclaim Christ's uniqueness in a context that values many gods -- yet in a way that invites conversation with non-Christians. He earned his PhD in Systematic Theology from Fuller Theological Seminary (USA) in 2020. Now, he teaches systematic theology at Union Biblical Seminary in Pune, India, where he equips Christians to talk to their neighbors from many other faiths. He has published on the Trinity, the Bible's authority, the Incarnation, and corruption as understood through Augustine's doctrine of original sin. He also serves as deacon and presbyter in the Church of North India, Mumbai Diocese. 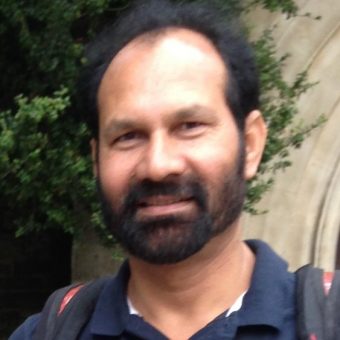 Gujranwala Theological Seminary trains 80% of church leaders for all major Protestant denominations in Pakistan. In 2019, Maqsood completed his PhD in Islamic Studies at the Oxford Centre for Mission Studies (UK). His research on Christian-Muslim debates in 19th-century India provide valuable insights for interreligious dialogue in Islamic contexts. 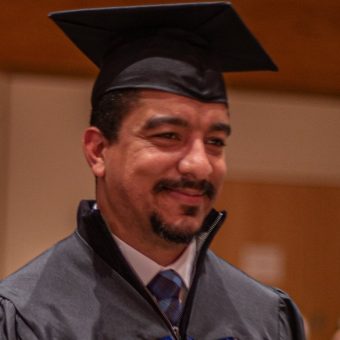 João earned his PhD in Theology from Trinity Evangelical Divinity School (USA). In a context marked by extreme wealth disparities, João's research on how the Gospel applies to poverty equips the Brazilian Church to be grounded in Christ's salvation and in respect for the poor rather than in the prosperity gospel (which often focuses attention only on gaining material wealth). In addition to teaching, he pastors churches and maintains a website for teaching Greek in Portuguese. 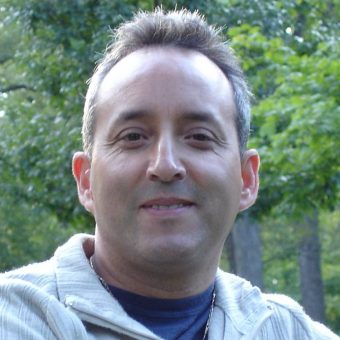 Nelson earned his PhD in New Testament from Trinity Evangelical Divinity School (USA) and now serves as the Director of Postgraduate Programs at Central American Theological Seminary (SETECA) in Guatemala City, Guatemala. SETECA, a VSI client school, is one of the largest evangelical seminaries in Latin America. The school has nearly 3,000 alumni serving the Church throughout the Spanish-speaking world. 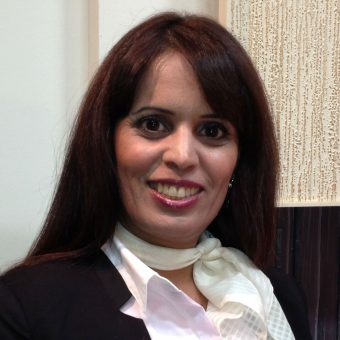 Sara earned her PhD in World Christianity from the University of Edinburgh (UK) in 2017. Sara develops media to train Christian leaders and reach people in closed countries – especially Iran, Afghanistan, and Tajikistan – through SAT-7 PARS, a Persian TV ministry. Sara also serves at an Iranian church in Edinburgh and acts as a consultant to the Lutheran Church in Denmark as they help refugees integrate into local churches. 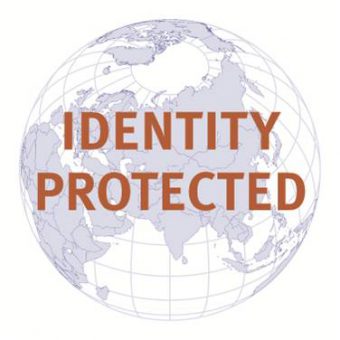 Judy earned her PhD in Islamics from Africa International University, where she now teaches. Her research, which focuses on spirit possession cults, calls the Church to understand the unique needs of the Borana, a marginalized Muslim tribe in northern Kenya. She trains the next generation of Kenyan missionaries and pastors to approach these Muslims with Christlike care and understanding. 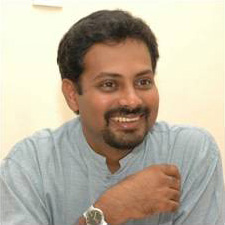 After earning his PhD in Church History from the University of Colombo, Prabo teaches apologetics at CTS. The Sri Lankan Church has often struggled to articulate its faith intellectually, so Prabo's teaching is key to helping believers explain their faith clearly. Further, Sri Lankans often connect Christianity with Western colonialism; Prabo’s research counteracts these stereotypes as it explains how Christian humanitarian organizations campaigned for justice after the 1915 genocide. 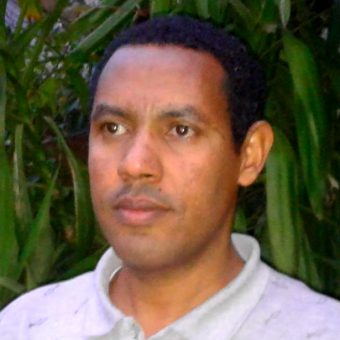 Having grown up Muslim, Anwar first encountered Christ in a dream. In Ethiopia, because of Christianity’s historical dominance, Muslims are a hostile minority, and Anwar’s community immediately rejected him after his conversion. Now, Anwar serves as ETC's first full-time faculty with a PhD in Islamics (from Fuller Theological Seminary, USA). He will help the Church understand how to counteract interfaith tensions and how to reach its neighbors with the Gospel. 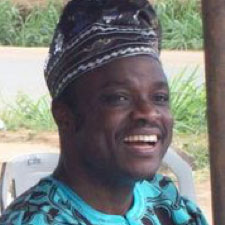 Emmanuel earned his PhD in Educational Studies from Trinity Evangelical Divinity School (USA). His research examined the actions of pastors amidst the HIV/AIDS epidemic in Nigeria. In addition to teaching at West Africa Theological Seminary in Lagos, Nigeria, Emmanuel founded Life Builders Ministries International to mobilize the Church in response to the HIV/AIDS crisis. Life Builders runs a school and medical clinic in Lagos. 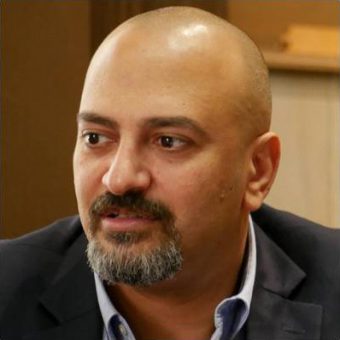 Wageeh earned his PhD in Arab Christian Theology at the University of Birmingham (UK). He has directed the Center for Middle Eastern Christianity at the Evangelical Theological Seminary in Cairo (ETSC). Founded in 1863, ETSC is one of the oldest seminaries in the Arabic-speaking world and is also a VSI client school. Wageeh now serves with ScholarLeaders.

Siew Pik earned her PhD in Intercultural Studies from Fuller Theological Seminary (USA) while serving as Academic Dean at Alpha Omega International College (AOIC) in Petaling Jaya, Malaysia. A flexible program allowed her to earn her degree via independent study. In 2014, Siew Pik received the annual Leadership Award from Fuller’s School of Intercultural Studies. After her graduation, AOIC appointed her as President.

This scholar earned a PhD in Intercultural Studies, which seems especially fitting as he has lived in Eastern European countries and now ministers among Muslims. Over 40 different Muslim people groups inhabit Russia, and in one area alone, over 98% of all residents identify as Muslim. This scholar is a Professor of Missiology and leads an organization that mobilizes Gospel workers to reach remote areas of Eastern Europe. 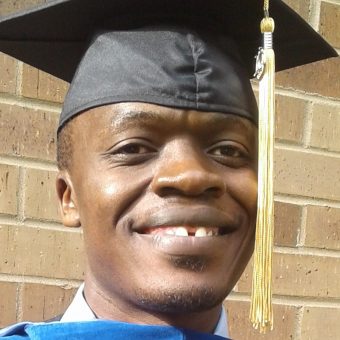 Dean of the School of Theology, Scott Christian University

After earning his PhD from Trinity Evangelical Divinity School (USA) in 2019, Enoch returned to Kenya, where he now leads Scott Christian University's School of Theology. Growing up in a context marked by suffering, Enoch's teaching and research equip the African Church to respond to suffering with hope rooted Christ's sufficiency. This hope not only encourages individual Christians but also addresses cultural pressures toward superstition and syncretism. 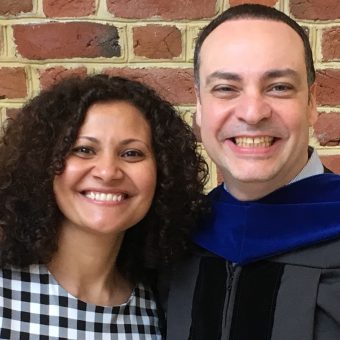 Tharwat has served Copts, Methodists, Presbyterians, and Pentecostals. This diverse experience equips him to promote Egyptian Church unity through his research, which links the early church fathers and the modern Pentecostal movement. He earned his PhD in Church History from Regent University in 2019. In addition to teaching, he has pastored churches and written and translated books about the Holy Spirit, personal holiness, and missions. 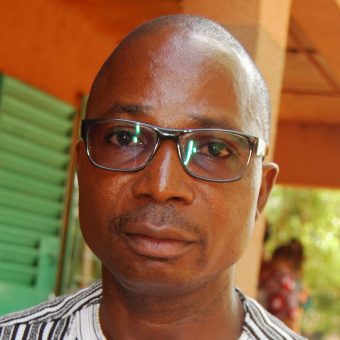 Thomas earned his PhD in New Testament from Faculte Libre de Theologie Evangelique de Vaux-sur-Seine (France). Now, as director of the Maranatha Institute in Burkina Faso, he trains the next generation of pastors for the Church and participates in Bible translation. 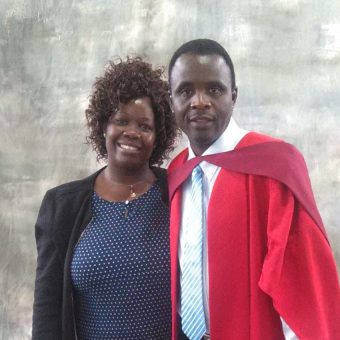 After his PhD in Old Testament from Stellenbosch University (South Africa)(2017), Golden returned to Zimbabwe to work at the Theological College of Zimbabwe as Academic Dean. Golden has seen soldiers shoot children being carried on their mother’s backs during these times of unrest; in response, his teaching and research focus on God's peace. Alongside his wife, Patience, Golden also mentors United Baptist students at the National University of Science and Technology in Bulawayo. 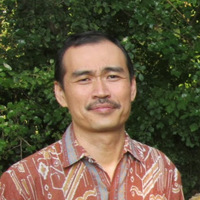 Sutrisna earned his PhD in Educational Studies from Trinity Evangelical School (USA) in 2017. Now, he is the President of Bandung Theological Seminary (BTS) in Indonesia. Before his studies, Sutrisna served with Perkantas (IFES Indonesia) for over 20 years. As president and faculty at BTS, he teaches Christian professionals to witness in the workforce. 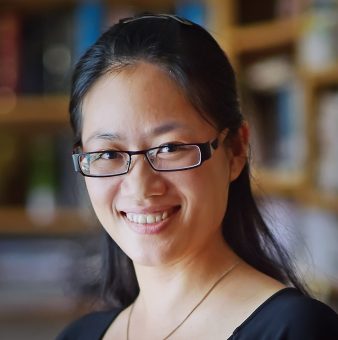 ScholarLeaders first supported Xiaxia for her Master’s at China Graduate School of Theology (CGST) in Hong Kong and then for her PhD studies in New Testament at McMaster Divinity School in Canada. Xiaxia now serves as Associate Professor of New Testament at CGST. For more than 40 years, CGST has developed leaders for the Church in Hong Kong and in mainland China. Xiaxia was a recipient of the Liefeld Scholarship. 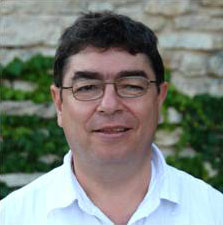 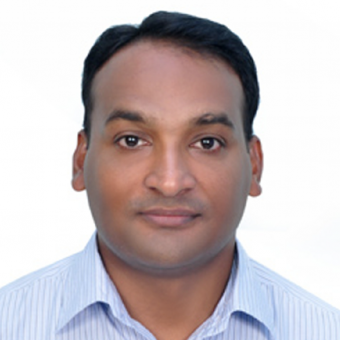 Reeju earned his PhD in Christian Studies from Sam Higginbottom University of Agriculture, Technology, and Sciences in India. Pentecostalism has exploded in India, so Reeju's research on the history of Pentecostalism in India helps believers understand their history. He is one of the only faculty members with a PhD in the History of Christianity at SABC. 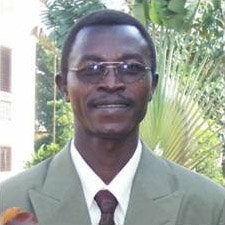 Abel was the first graduate of the PhD program at Faculté de Théologie Évangélique de Bangui (FATEB, a VSI client school) in the Central African Republic. FATEB was the first Evangelical seminary in Francophone Africa to offer a doctorate. After earning his degree in Old Testament, Abel returned to the faculty at Shalom Evangelical School of Theology (ESTES), the only degree-granting Protestant seminary in Chad. Within two years of his return, Abel was appointed President of the school. 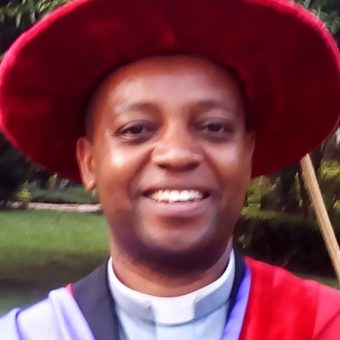 Emmanuel earned his PhD in New Testament at Uganda Christian University, where he now teaches. His research explores Christ’s mission to the poor in the Gospel of Luke in order to construct a Christian model for poverty alleviation in Rwanda. Although the Rwandan economy has improved since the genocide, most Rwandans are poor. His findings will strengthen the Church's ministry and perhaps influence the government. He also serves as an Anglican priest.